This 15 video goes through 12+ movement, mechanical and muscular profiles that affect how pitchers move on the mound and simple ways to asses and affect those movements in simple terms.

So much of conventional coaching and education is geared toward training the masses and understanding the average population. Unfortunately, in baseball, the best way to coach players is by treating each athlete as The Outlier. For conversation sake, lets approach this article and limit our thoughts to just pitchers and focus on the need for individual assessment and searching for context on their movements, rather than taking it for face value.

When evaluating a pitcher, the first thing to look at is present movement quality and project how those qualities graduate to overall movement capacity over time. A simpler way to put it is that as evaluators, we need to look at the forces and structures that cause movements, rather than only the movements themselves. Then, we need to account for the consequences those movements have on the delivery and how they project to profile the player despite (or in-spite) of his long-term training. For example, (and this a way over-simplified example) if a pitcher prefers a “tall and fall” type of delivery, we shouldn’t just take it for face value and assume that he moves that way because it works for him. As Simon Sinek would suggest, Start with Why! Does he prefer the tall and fall delivery because he has tight adductors that don’t lengthen as he moves down the slope? Is he lacking rear hip internal rotation and his body won’t put him into a vulnerable spot? There are plenty of questions to be asked and answered; but this should serve as a reference point to a Socratic method of understanding the player and the context of his delivery. After identifying movement qualities, the next step is projecting movement capacity, which often calls for massive collaboration with S&C and medical teams. The priority when projecting movement capacity is to understand previous training while accounting for short-term and long-term total training volume and purpose- this offers a subjective idea of what a player may become and why he may (or may not) become that. If that same player who preferred a “tall and fall” delivery only because his shortened adductors were limiting how he could move and he ends up gaining that ROM and adequate strength, then projecting his overall movement capacity changes drastically. The key component in a “baseball guy/ coach/ scout ” projecting movement capacity rarely has to do with ONLY baseball training itself and everything to do with the cross training the player gets from the S&C and medical teams. Understanding, or even the right questions about, movement context account for the factors off the field to offer a more complete perspective on the field. Pretty neat how collaboration in baseball can work, huh?

How Do You Affect/ Improve Movement Quality?

For more in-depth details and examples of how to identify and improve movement quality, you should watch the video at the top of this article. If not, you’re about to get a conceptual opinion of how to do the same. Pretty much, the meat and potatoes of this article is in the video.

More often than not, when players and coaches are trying to improve a pitcher’s delivery, there is a learning curve that doesn’t let the player make an immediate correction. Is it because players inherently feel failure before success? Is it because of the way we teach motor learning? In my experience, the majority of players simply don’t have the physical capabilities to move through new patterns without delayed gratification (for lack of better and simple terms). I don’t mean to put players’ abilities in a box at times, but when a player isn’t strong enough and isn’t mobile enough to complete a movement, coaching and wishing become synonymous. If you can appreciate that, then that statement becomes a call to action. The best way to improve movement quality is to work in tandem with a competent strength coach. The best way to identify movement quality is to know the basic functions of the general body and the biases that the individual’s body has. I’ve noticed a pattern in coaches who have reputable track records of development and those who take in interest in kinesiology. Simply saying the word ‘Biomechanics” ten times a practice isn’t what I’m talking about either. The purpose of understanding physiological motion isn’t to just talk about it and theorize. The purpose of studying movement (kinematics), the forces that cause movements (kinetics) and practical anatomy is to identify player patterns, create drills and practices that enhance or improve those patterns and then watch how players can improve their movements by feeling more and thinking less.

After all, feeling more and thinking less does seem like the ultimate approach to player-driven player development.

All in all, I hope the writing in this article serves as a conceptual starting point to one method of evaluating and enhancing movements while the video serves a more focused view of how to begin to affect movement quality. 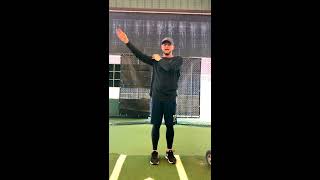 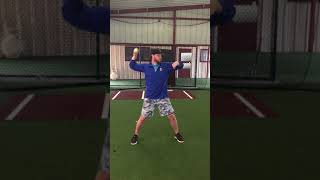 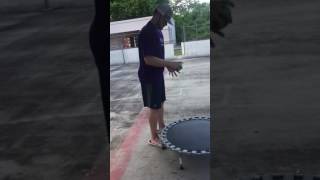 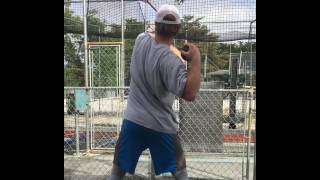